A mother in Utah is blaming COVID-19 vaccines after her 17-year-old son and her husband were both hospitalized with rare blood clots soon after receiving the shots.

‘There’s no other explanation for what happened to my son and my husband, we are pretty certain that it was a direct result of the vaccine,’ Cherie Romney said in an interview with Fox News on Wednesday.

Romney’s son Everest, a healthy six-foot-nine high school basketball player, got his first Pfizer shot on April 21 and began experiencing severe symptoms less than 24 hours later, and her husband Preston suffered clots after getting a Moderna shot, she has said.

Public health officials including the CDC say that the Pfizer and Moderna shots are not associated with an increased risk of rare blood clots, which were seen in a small number who received the Johnson & Johnson vaccine.

But Romney wants to highlight her family’s experience as pressure mounts to vaccinate children, who are at incredibly low risk from COVID-19, and as more colleges require young and healthy students to get vaccinated in order to return to campus. 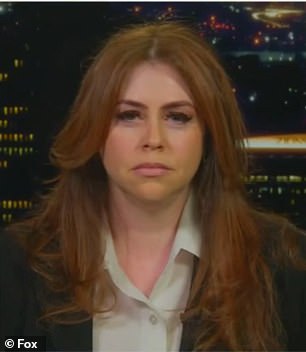 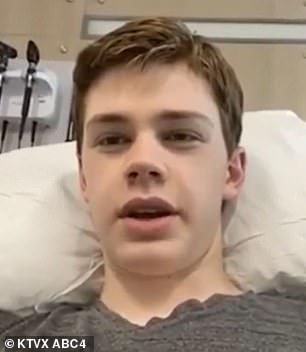 Utah mom Cherie Romney (left) said her son Everest (right, in hospital) and husband both were hospitalized with blood clots after getting the Pfizer and Moderna vaccines 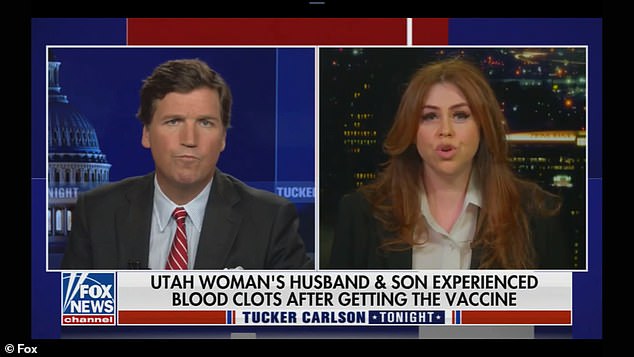 ‘There’s no other explanation for what happened,’ Cherie Romney said in an interview with Fox News on Wednesday

In the interview with Fox host Tucker Carlson, Romney said that her family had felt pressured to get the vaccines out of fear they would be required for school sports or travel.

‘We felt a lot of pressure to go get the vaccine. We thought, let’s hurry and go get that done before the summer season of basketball starts,’ she said.

‘I didn’t think there was a chance my son or my husband or myself really were going to experience some significant side effects from COVID,’ Romney said.

‘My son being an athlete and only 17 years old wasn’t in a high risk category, but we did feel pressured to administer the vaccine,’ she added.

Romney said that Everest began to develop swelling in his neck later that night, and that five days later he was unable to move his head or neck.

Eight days later, Everest was in the pediatric ICU with two blood clots in his brain and one in his neck, Romney said. 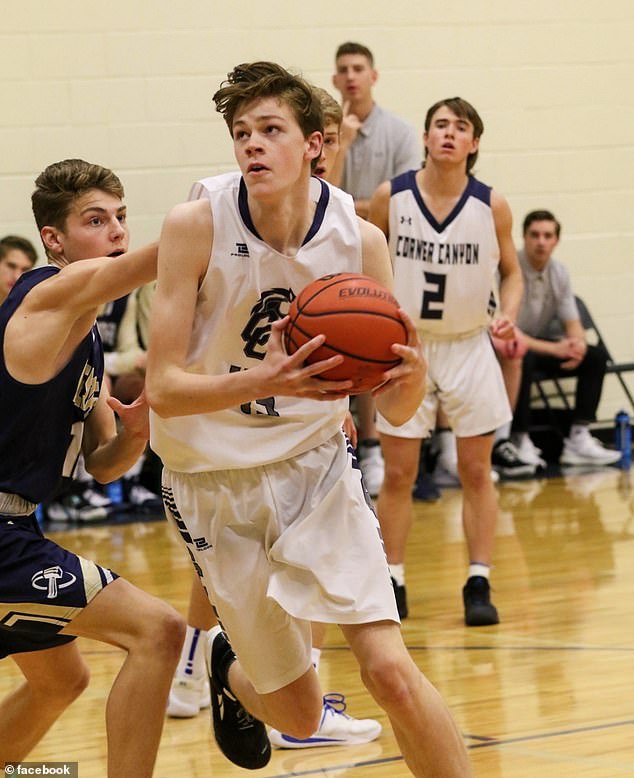 While hospitalized, Everest spoke out saying that he also believed the vaccine played a role.

Officials at the hospital declined to comment when pressed by reporters at the NBC affiliate, referring inquires to the Utah Department of Health, which sent a statement.

‘To date, there has been no evidence that either of the mRNA vaccines (Pfizer or Moderna) cause the extremely rare blood clotting issues that have been confirmed with the Johnson & Johnson vaccine,’ the statement said.

‘Millions of people in the United States have received COVID-19 vaccines under the most intense safety monitoring in American history,’ the department said. 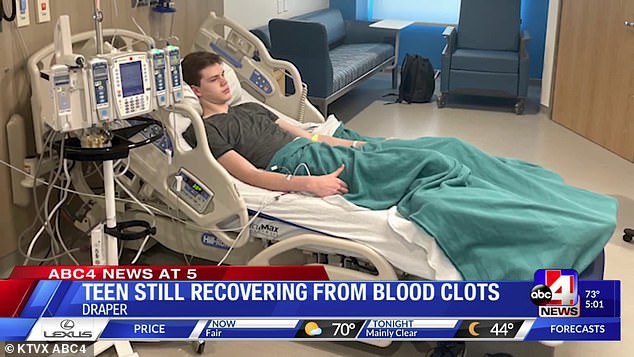 ‘My son being an athlete and only 17 years old wasn’t in a high risk category, but we did feel pressured to administer the vaccine,’ Romney said 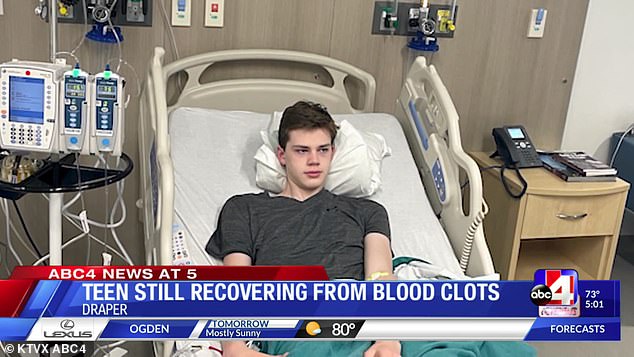 Everest was hospitalized in the pediatric ICU with two blood clots in his brain and one in his neck. He was released last month and has been recovering at home

Romney says that her husband Preston was hospitalized ‘with over 100 blood clots in his lungs’ the weekend after her son was discharged from the hospital in May.

She has said that her husband had to have a quarter of his lungs removed to treat the clots. He has also since been released and is in stable condition.

In the U.S. about 313 million doses of COVID vaccines have been administered. The CDC’s VAERS reporting database tallies 3,848 blood clotting incidents across all three authorized vaccines, suggesting the incidence of clots is roughly 1 in 100,000.

COVID VACCINES AND BLOOD CLOTS: WHAT YOU NEED TO KNOW

The CDC and the FDA recommended that rollout of the J&J vaccine be paused in April after multiple reports of rare, but serious, blood clots.

Nine people between the ages of 18 and 59 had developed cerebral venous sinus thrombosis (CVST) by April 13.

CVST is a rare type of blood clot that blocks the brain’s sinus channels of draining blood, which can cause hemorrhages.

One of the nine patients died and two are in critical condition.

With more than seven million people who had gotten the vaccine by that point, this means just 0.00012% developed CVST.

That is less that the five out of one million people…

Read More:Utah mom blames COVID vaccines after son and her husband were both hospitalized with

More kids hospitalized with Covid, but experts aren’t sure if they’re sicker, too

Unvaccinated People Are Calling Themselves ‘Purebloods’ on TikTok

‘IT STARTS TO HURT YOUR SOUL’: Two St. Joe’s Nurses Talk About Life…

ICU beds are filling up at Denver hospitals